Spring has sprung, and while we’re already enjoying freshly harvested produce, we’re still eating through the tail end of our 2011 harvest. 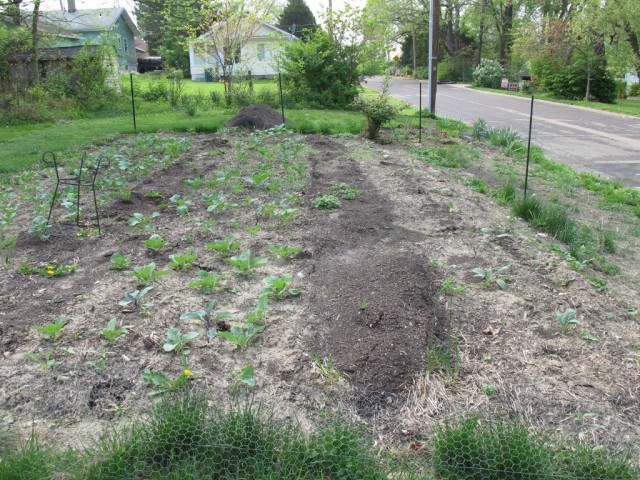 We already have some Egyptian onions coming in from the garden, but not enough for our everyday needs.  Going to the store to buy a bag of onions the other day felt strange.  I guess if we were hardcore locavores, we would do without onions right now.

The potatoes lasted a similar period of time from harvest to depletion — harvested in late July and finished in early April.  They made their final stand in a delicious potato salad Matthew’s mom made for our Easter gathering.

Matt’s mom also discovered some frozen garden veggies with 2010 dates on them in her deep freeze, so we’re helping take care of those.

Though I often bemoan the amount of Matthew’s time that goes into the garden, and his lack of free weekends during a majority of the year, we DO get quite a bit of food from his efforts.  Since he’s unlikely to give up gardening any time soon, it’s good to focus on the delicious results as much as possible.

Rainbow on my plate

This entry was posted in Food, Garden and tagged eat local, locavore. Bookmark the permalink.