It’s one of those, “I haven’t posted in over a week, where do I start?” kind of mornings over here.  So, how about a little June garden tour and update? 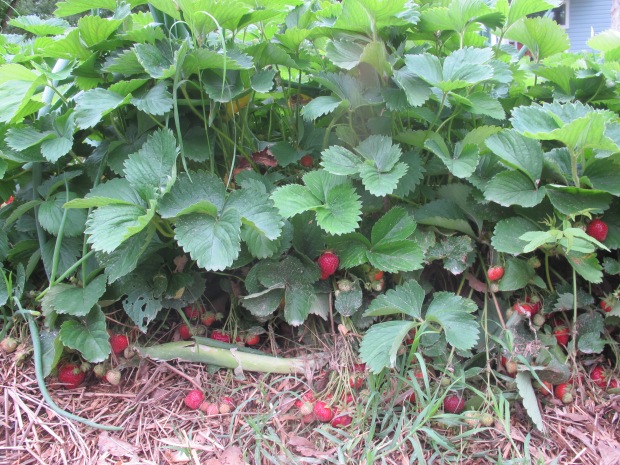 Strawberry season has given way to red raspberry season (with black raspberries — my favorite!) soon to follow. 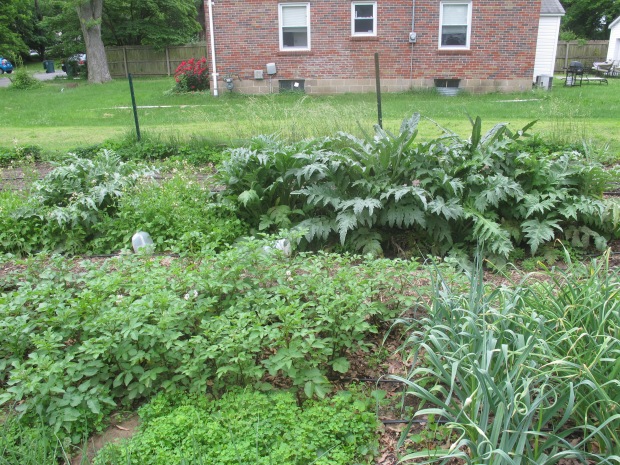 We’re currently harvesting artichokes (those crazy, spiky Jurassic-looking plants in the background — see here for artichoke serving suggestion) and the garlic (on the right) is almost mature.

Matthew harvested over six pounds of garlic scapes a couple of weeks ago, four pounds of which we sold to Local Harvest Grocery in Kirkwood.

We’ve been incorporating the rest into our meals, mainly using it as you would garlic, but adding it toward the end of cooking time since it’s more delicate.

Pictured from front to back: feathery fennel fronds, cruciferous veggies, onions, and potatoes. 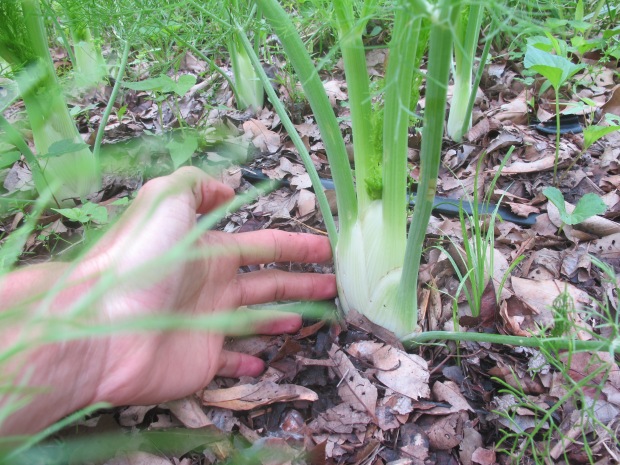 We’ve been harvesting fennel, including some for sale to Five.  We roasted most of the fennel the last two years, but I’m experimenting with very thin slices for use in salads this time around.

We had a beautiful lettuce harvest (and lovely salads) for a few weeks, but most of the lettuce is bolting now.

It’s probably just as well, as I’ve concluded that all the greenery in huge salads makes my stomach grumpy.  It doesn’t happen every time, but often enough that I’m scaling back a bit and trying for less lettuce and more toppings.

We’ve also been enjoying fresh peas, including our first experience growing shelling peas.  They require a bit more work (i.e., the shelling) as compared to sugar snap peas, but they’re sweet and delicious — worth it!

Sir finds peas of all kinds delightful, and I learned the hard way that sitting next to him on the floor, attempting to shell and snap peas while he played, was a losing proposition when my goal was actually having peas left for dinner!

What’s growing in your garden and/or what fun local produce is on your plate this week?