Well, we’re back on (or still on? — not sure we ever really fell off) the house hunting horse, though conditions are questionable: inventory is really low right now, good properties are moving fast, it’s a seller’s market, etc., etc.  Not to mention that interest rates (on loans) are rising.  (What really gets me is that interest rates on borrowed money are going up, while rates on savings, like C.D.s and money market accounts, are still pitiful –grr!)

Anyhow, a new property of interest (let’s call is a POI) popped up on Monday.  What with properties moving fast, I was more than a little anxious, and we got in to see it by Wednesday afternoon.

I planned to meet Matthew there after work, and since I’d been a bit under the weather, my initial plan was to take the car.  However, Wednesday was rather nice, weather-wise, the destination was just over 3 miles away, and biking worked, timing-wise.  In fact, in making my plans to bike, I rather forgot that I was feeling sick.  I readied my bike, picked Sir up from childcare early, and we headed over.

The basement issues made it a no-go, a decision we arrived at rather quickly.  As our realtor pointed out, lifting a house and adding a basement is neither an easy nor a cheap fix. 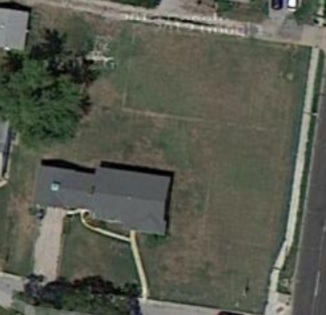 A-freaking-mazing.  And, distinctly NOT for sale.  Bummer.

Due to various timing and logistical issues, we’ve driven to most of the properties we’ve looked at over the past few years, which always feels wrong, since bikeability is one of our big criteria.  I have to admit that part of my motive in biking to this house on Wednesday was hoping to create some good house hunting karma.  Despite it not being “the one,” I really enjoyed seeing the house, and I think biking there helped my mood and improved the whole experience.

This entry was posted in Biking and tagged go by bike, house hunting, StL. Bookmark the permalink.

5 Responses to House hunting by bike