We kicked off the weekend with an evening bike ride on a gorgeous (slightly chilly!) June night.  Our plans were a bit up in the air — zoo music or no, gelato before or frozen custard after, was it too early [in the year] / too cold for fireflies?

We decided to save the frozen treat for the end of the night, and by the time we reached the park, it was after eight — too late for zoo music.  We did pause for a tiny bit of Shakespeare on our way to the firefly prairie, since it was still way to light for fireflies at that point.

We reached the prairie area around nine o’clock, and it was still pretty bright outside; the fireflies were just starting to flicker.  We walked around for thirty minutes as it grew darker, but then the full moon started to rise.

The fireflies put on a decent show, but not nearly as amazing as the first time we went, a number of years ago.  We’re thinking our first viewing was some combination of a particularly good year for fireflies, plus a darker night.

We left in time to make it to Ted Drewes before catching a small, local fireworks display, but when we arrived, the line for frozen custard was INsane.  If not for the fact that we were on bikes, I’m not sure we would have made it into the parking lot.  We decided we didn’t want frozen custard that badly, and continued on to the park . . .

. . . only to find that we were one night early for the fireworks.  Oh well, home and bed!

Saturday morning, I was in charge of delivering fennel to a neighborhood pizza place (their first time buying from us).  It looked something like this. 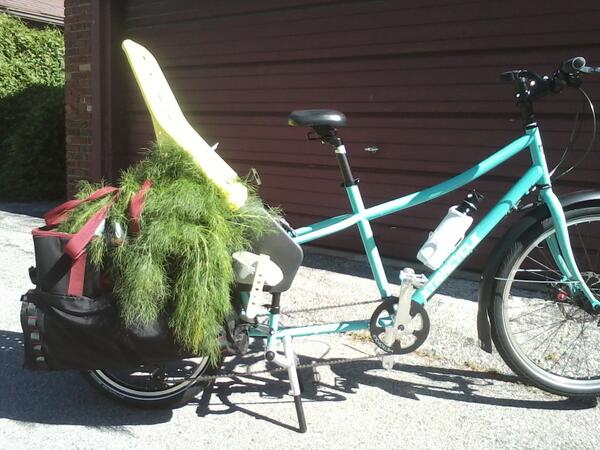 Much easier on Roadrunner than trying to wrangle that load onto a standard bike!

Sunday morning, we were up and out early, to fulfill Matthew’s Father’s Day request — a visit to Shaw Nature Reserve for some outdoor time. 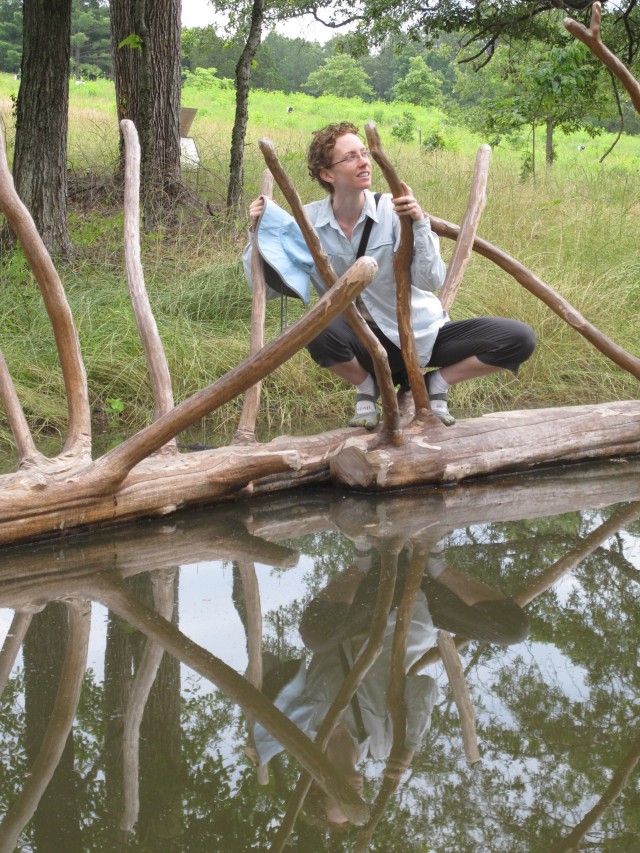 Despite being relatively close (about 45 minutes in the car), it’s been years since we’ve visited, and we found some fun new features, including the Tree-mendous Bridge (above), and some lovely gardens near the old manor house on the property. 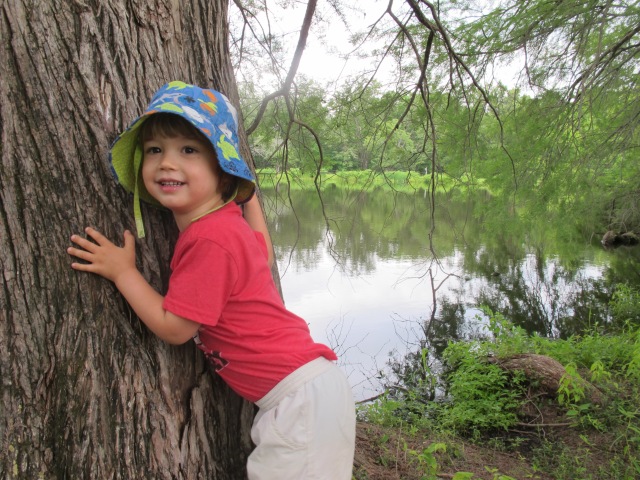 It was a beautiful morning, and it felt like we had the place to ourselves.  We headed home for lunch before the temperature climbed too much.  (We did not envy the people sitting in the traffic jam at the Six Flags exit!)

Naps for all and a low-key afternoon and evening followed.  The garden provided much of dinner — broccoli soup, salads with shaved fennel, and pasta with carmelized fennel.  And now the week begins!

This entry was posted in Biking, Garden. Bookmark the permalink.