I have a lot to share here, but it all feels trivial.  And I don’t feel fully qualified to talk about what isn’t trivial, as Heather so pointedly stated a few months ago:

Because who the hell am I? I am a white woman raised in a white household, a white woman who has experienced nothing but privilege her entire life. I have never known persecution or been maligned because of my minority status. I have never had to worry that the color of my skin would in any way cost me the slightest luxury or basic human right.

Yet who the hell am I to NOT talk about this?  Though I have yet to be there physically, most of my heart and mind feel stuck in Ferguson, MO.  This is important.  There is so much to read and process — so much background to understand about how we got to this point and so much wisdom and grace needed to begin to move forward, to change. 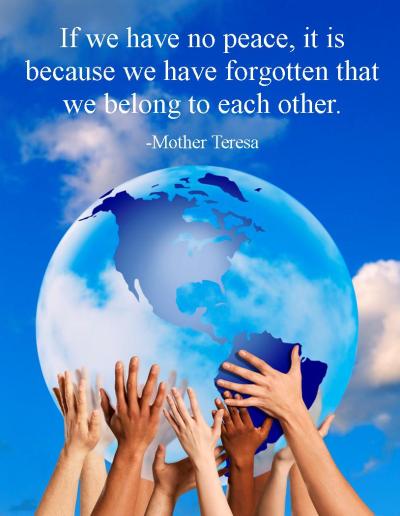 What’s unusual about St. Louis — and goes a long way to explain the tension of the Ferguson protests — is not racism per se, but the way the metropolitan area has chopped itself into bits, remaining socially and economically segregated long after the racist laws were erased from the books.

For the Sake of Michael Brown

It may take a village to raise a child, but many administrators and parents in better-resourced parts of our region had no problem saying quite publicly that Michael Brown and his brothers and sisters did not belong in their village.

What I Did After Police Killed My Son

Our country is simply not paying enough attention to the terrible lack of accountability of police departments and the way it affects all of us—regardless of race or ethnicity. Because if a blond-haired, blue-eyed boy — that was my son, Michael — can be shot in the head under a street light with his hands cuffed behind his back, in front of five eyewitnesses (including his mother and sister), and his father was a retired Air Force lieutenant colonel who flew in three wars for his country — that’s me — and I still couldn’t get anything done about it, then Joe the plumber and Javier the roofer aren’t going to be able to do anything about it either.

Over the weekend, I asked Matthew, “Couldn’t police officers just use tasers and stun guns?”  You know, something less permanent than putting a bullet in someone?

After reading a bit more about the uses and limitations of such weapons, I think the answer is, yes, maybe, but not as long as everyone and his brother is running around armed with real guns in this country.

And, sadly, we seem headed in just the opposite direction, given what this situation has revealed about the militarization of police forces (haven’t read the book I link to, but it looks worth a read).

Walking in the street

While we have far from a full, clear account of exactly what happened between Darren Wilson (the police officer) and Michael Brown (the victim) on August 9, the accounts of Wilson initially stopping Brown because he was “walking in the street” really struck me.

For some background, the term “jaywalking” did not exist until the invention of the automobile in the early 1900s:

The term’s dissemination was due in part to a deliberate effort by promoters of automobiles, such as local auto clubs and dealers, to redefine streets as places where pedestrians do not belong.  (Wikipedia, emphasis mine)

If our streets were for people instead of for cars, would Mike Brown still be alive?

I don’t mean to over-simplify this, or direct attention away from the very important issues of inequality or injustice, but I can’t help but wonder.

Yesterday, parishioner at my church recommended the book Witnessing Whiteness by Shelly Tochluk as a starting point for this important discussion.  I just requested a copy from the library.

If you’re in St. Louis, and want to be part of a discussion group, check out the YWCA (dates/times are for 2012 — I wrote to ask them to update the page, as I believe there will be a group starting in September 2014).